Of particular interest as regards conformity assessment is 3.1.1, the section on Specific Trade Concerns, ‘One of the core functions of the TBT Committee is acting as a forum to address trade issues – these are referred to as “Specific Trade Concerns” (STCs). These are concerns that one or several Members have with the design or implementation of another Member’s measure. An analysis of the TBT (Technical Barriers to Trade) Committee’s records shows that about one third of all STCs raised in the TBT Committee are associated in one way or another with the subject of international standards. By “associated” we mean that international standards have been mentioned by a delegation in the discussion of a particular trade concern – either by reference to a specific body or organization, or through general reference to the existence (or non-existence) of some source of international guidance.’

‘While over forty different bodies or organizations are mentioned, a number of them recur frequently in discussion. The International Organization for Standardization (ISO) is mentioned in 30% of STCs associated with international standards; the International Laboratory Accreditation Cooperation (ILAC) in 10%.’

The report gives a number of examples of the kind of problem, including: ‘Lead in pottery. The European Union objected to a Mexican draft standard for glazed pottery, ceramics and porcelain, which mandated more stringent lead and cadmium limits than those laid down in the relevant international ISO standards (ISO 6486-1/2). Specifically, the European Union was concerned that Mexican authorities would no longer accept test results accompanying EU ceramic tableware conducted in compliance with these ISO standards. Mexico explained that while its draft standard was partially based on ISO standards, it deviated in certain aspects due to a greater level of health protection required by Mexico, and due to the circumstances of Mexico as a developing country.’

The conclusion of this kind of problem is that ‘The vast majority (around 90%) relate to some form of “challenge” on international standards (from one Member to another). The tone of the discussions may range from a polite request for clarification about the use or non-use of international standards in a measure, to a direct accusation that a Member is not following a specific (and in their view relevant) international standard and therefore violating a WTO discipline.’

The use of  international standards and systems in world trade, such as ISO and ILAC which stick to the ‘Six Principles’ of Transparency, Openness, Impartiality and Consensus, Effectiveness and Relevance, Coherence and Development Dimension, would reduce the instances of the STCs. 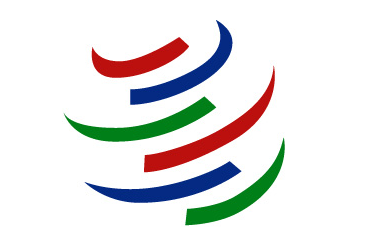