The Impact of Standardization and Standards on Innovation (November 2013)

Standardisation and standards have often been perceived as a contradiction to innovation. This report provide conceptual arguments and empirical evidence that standardisation as such and standards can be used as to promote innovation especially in three different areas. After a brief section on the general economic functions of standards, the relationship between research and standardisation is examined by first showing both standardization as a technology transfer channel and standards as enablers and facilitators for research. The second area focuses on the difficult but promising issue of transferring intellectual property rights (IPR) into standards, and shows how this can be beneficial both for IPR holders and standards implementers. The third newly emerging field concerns the role of standards and standardization in procurement processes, which are more and more forced to address and promote innovation. In the final chapter, the results are summarised and recommendations for policy makers are derived.

A copy of the report is available on the National Endowment for Science, Technology and the Arts (NESTA) website. 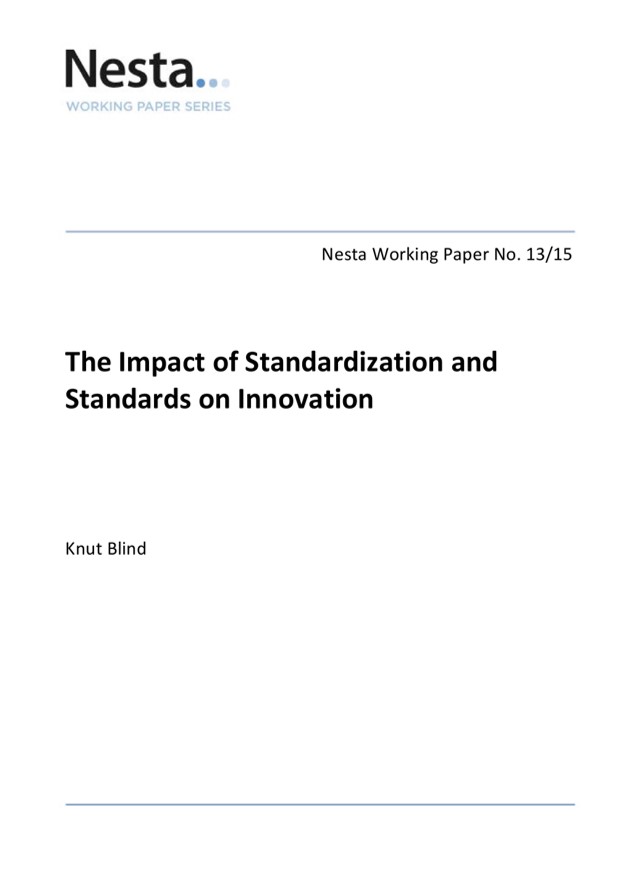 The role of environmental management in sustainable business development: A multi-country investigation