The paper sets out some conclusions that can be drawn from the econometric studies that have sought to estimate the relationship between international standards and trade:

A full copy of the report is available from the OECD website. 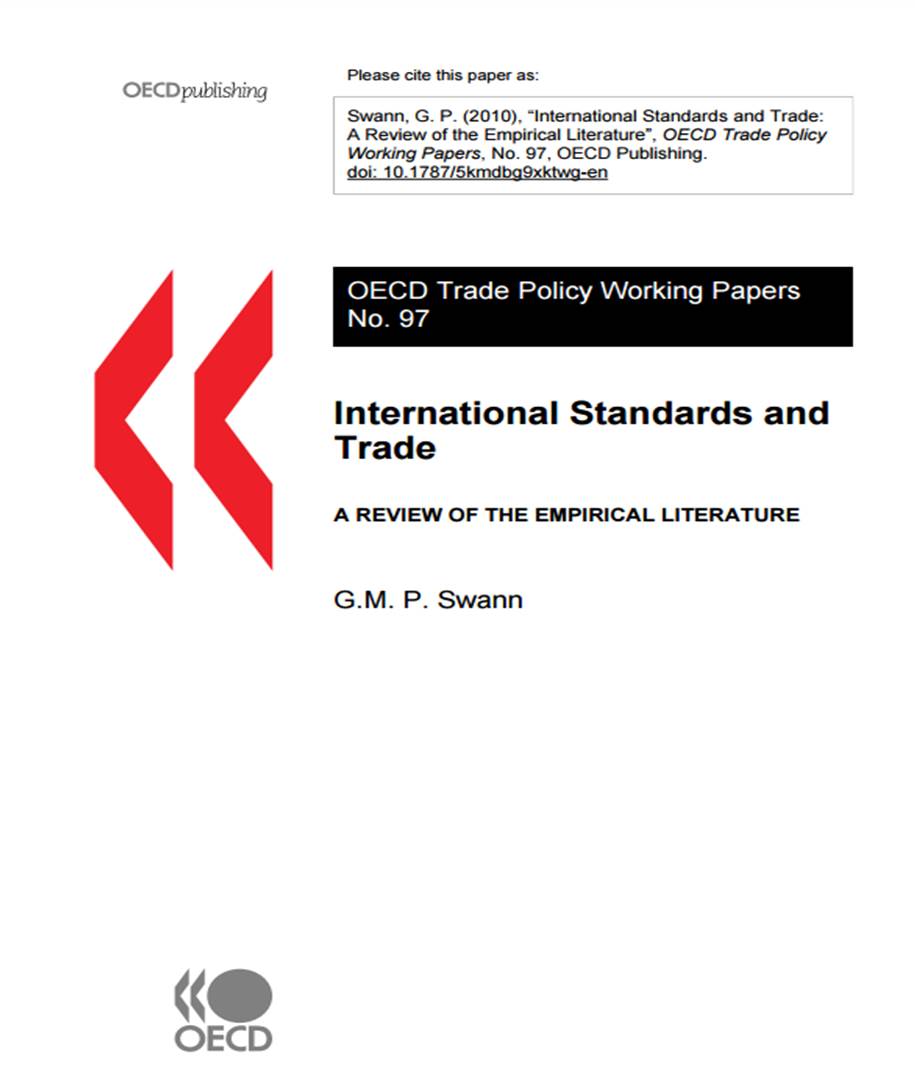 The effects of cooperation in accreditation on international trade: Empirical evidence on ISO 9000 certifications (January 2018)

Assessing regulatory and procedural measures in trade: An Evaluation Methodology (2013)