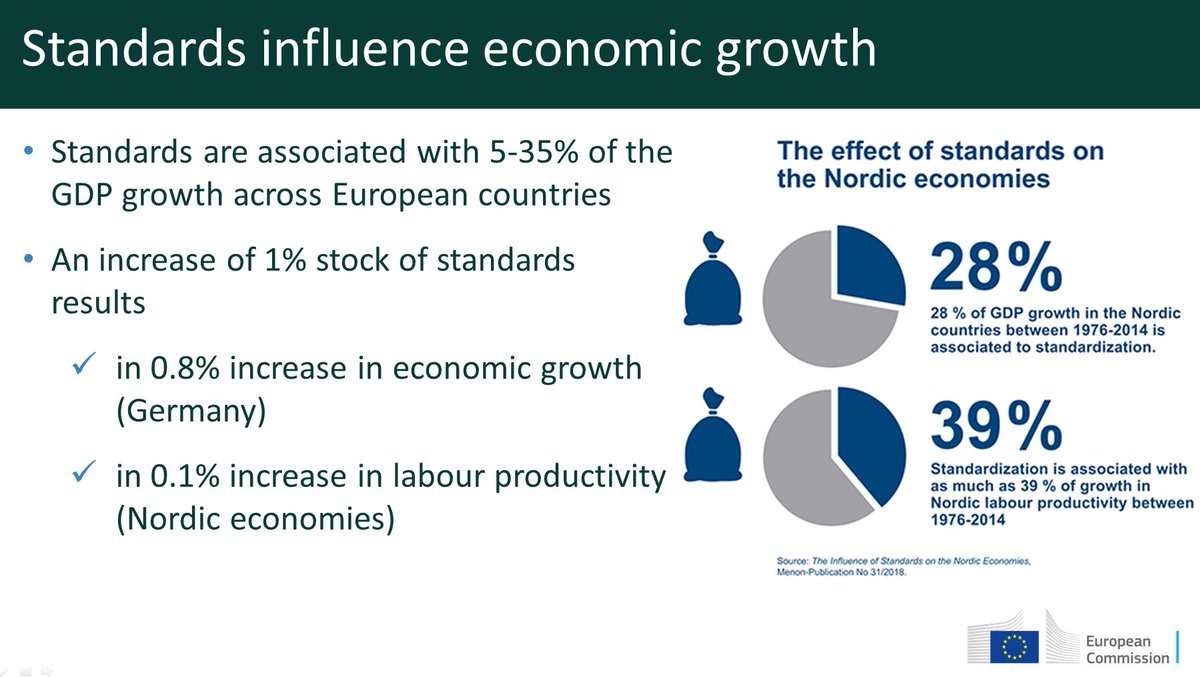 According to the EU Commission, standards are associated with 5-35% of GDP growth across European economies. This report studied the impact of voluntary consensus standards on economic growth in the five Nordic countries: Sweden, Finland, Norway, Denmark and Iceland.  Given the average growth in stock of standards in the Nordic countries of 6.8 percent during the period studied (1976-2014), standardization is associated with an annual increase in labour productivity of 0.7 percent per year of a total average growth of 1,8 percent. This result suggests that standardization is associated with as much as 39 percent of the labour productivity growth and 28 percent of GDP growth in the Nordic countries during the period.

Download a full copy of the report which was carried out by Menon Economics in cooperation with Oxford Research and the Social Science Research Institute of the University of Iceland.